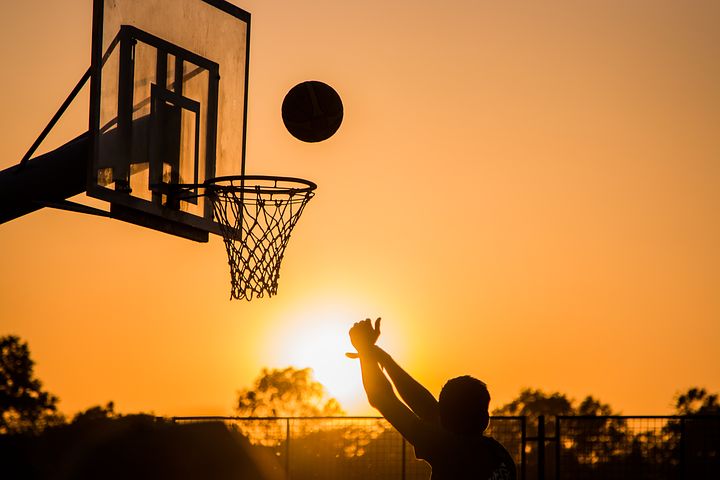 In basketball there is a warm up exercise where you stand right beneath the hoop and shoot the ball up in to the basket. Once you make the shot right beneath the basket you take two steps backwards and try to make the shot from a little bit further away. Once you make that next shot you then take two more steps away from the basket for your next attempt. You keep following this process, make a shot and take a few steps back, until eventually you are shooting from beyond the 3 point arch that goes around each half of the court.

The idea of the exercise is clear, it is about baby steps. You work your way out to the 3 point line as you get adjusted to shooting the ball from farther distances. A sensible approach at minimum I would say. I believe that you’ll likely see more success making three pointers with this exercise than you would if you just walked out onto the court and started chucking up three pointers right away. If you go up and ask someone off the street which way they think would lead to better success just, I think it is fair to say that they’d agree. Most people would think the baby step approach is the exercise that would produce better results.

To me, going out and chucking up three pointers rather than taking baby steps towards the three point line is just like making a New Year’s resolution. A lot of people make their New Year’s resolutions very noble but also very big things. They want to lose weight, start exercising regularly, save more money, read more books, learn a new skill or hobby, buy a house or car, quit smoking, plus a lot of other things! These are all awesome things to set out to try and do but they are also all things that a bunch of people give up on or forget about once February rolls around.

So what can you do to make sure that you stay committed to your New Year’s resolution? I think you have an idea of what my advice is going to be. Start small! Work your way up to your goals so you don’t burn yourself out. If you want to start exercising more, don’t go and run yourself into the ground at the gym the first week of January. You might crawl back to that gym once or twice, but chances are the habit won’t stick. Start by taking slow and short walks around the neighborhood or on the treadmill and build from there. If you want to save more money, start by saving a small portion of your next paycheck. Next time payroll comes around increase that amount by a little bit and continue to do so each time. It is about being consistent with your goals, not jumping in all at once.

Do It For You

Another thing about making sure your New Year’s resolution sticks is what your resolution actually is. What is your end goal? You should pick a resolution that you genuinely want to do for yourself. Don’t pick a New Years resolution based on what other people think or based on what you should do. If you say you want to read more books the following year, ask yourself why? Do you just want to feel and appear smarter for others or do you actually want to read more? Pick something for you and only you. If you choose a resolution based on outside pressures then you are dooming yourself to fail from the start.

Pick something for you and take it slow. It is a pretty basic formula, but much like people who chuck up three’s, it is a formula that is seldom followed. Take the time to be thoughtful about your resolution and create a mental map of how you are slowly but surely going to build up to it and achieve your goal. You’ll be better in long run for it, believe me.